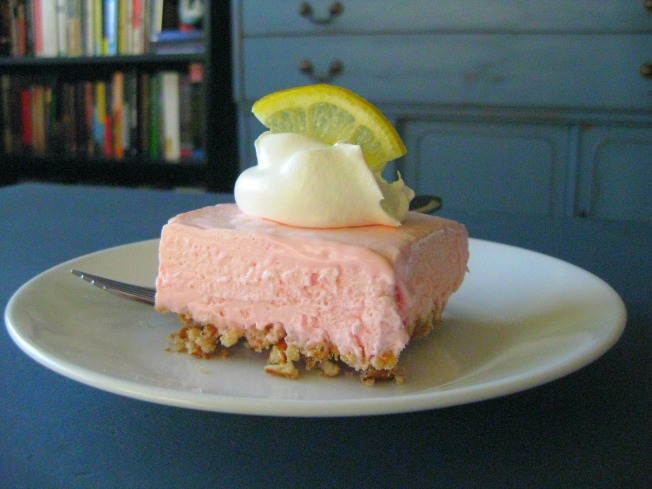 Happy summer my dear readers! June 21st marked the first ‘official’ day of summer on the calender, but we’ve been going full summer down here in DC for a few weeks. Sundresses!

I’ve been wanting to make an icebox-style dessert since I first read about it in Southern Living magazine (I believe). So, when I was asked to bring a dessert to a friend’s BBQ this past weekend, I made this tangy, sweet, citrusy and chilly little number. 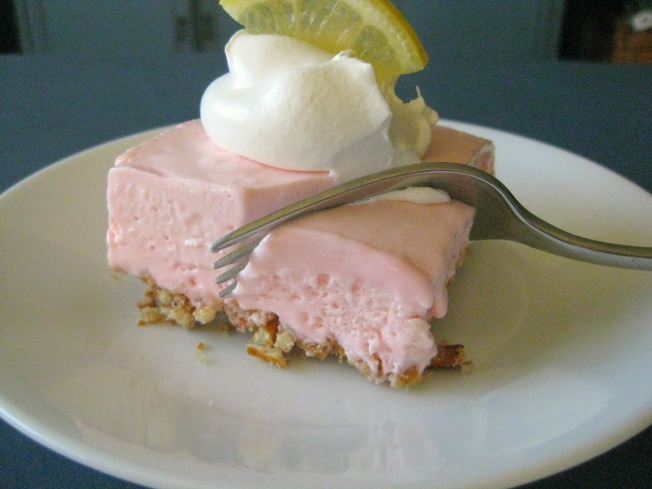 It could not be easier to whip this up either. Cool Whip, lemonade mix and sweetened condensed milk are the key ingredients. Plus- the crust! Oh the crust. 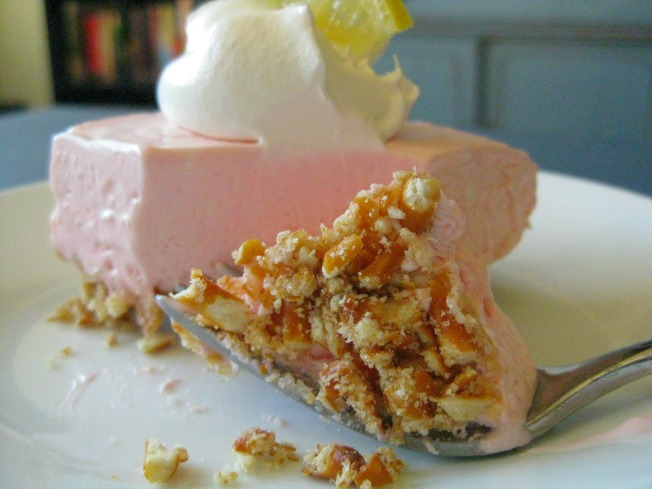 I crushed pretzels and mixed them with butter and sugar to make this sweet ‘n’ salty crust– amazeballs!

My tip for this recipe is to make sure you have enough time to fully freeze the bars. I had only refrigerated the bars for a couple hours before initially serving them at the party and the texture was not right- it was almost pudding-like and didn’t hold shape. However, once fully frozen, the texture became smooth and silky, and held a perfect bar shape once cut.

For the crust: Preheat oven to 375°. Crush pretzels in a food processor until mainly crumbs with some a few small pieces. Toss in a large bowl with white sugar. Melt butter and drizzle over the crumbs, toss to coat. Press into the bottom of a greased 9×13 baking pan and bake for 10 minutes, just until set. Remove from oven and let cool.

For the bars: With an electric mixer, beat the cream cheese and sweetened condensed milk until creamy and well combined. Mix in the pink lemonade mix and the food coloring, beat until combined. Gently fold in the Cool Whip and mix until incorporated fully. Pour into the cooled crust, cover and freeze until set, at minimum 2 hours. (I did mine overnight).

More From My Kitchen